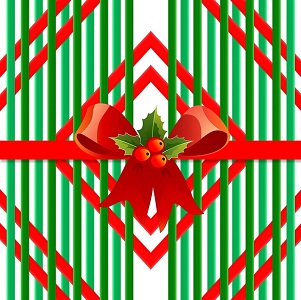 If Jesus had a birthday party, would he invite aliens? I pondered this as I hung my Christmas stocking on the fireplace mantle this afternoon. Mom was baking a cake and blending spices for her famous Hiddleman hot cider. Dad and Jackie were hanging lights outside. Christmas was about celebrating the birth of Christ, only we didn’t fly to Bethlehem to give birthday presents to Jesus. But if Jesus had a 2028th birthday party, would he invite good aliens like the Gallions I had met this summer?

Certainly Jesus should invite shepherds to his birthday party since they showed up when he was born. I guess shepherds nowadays wold be considered farmers or ranchers. I suppose they would haul cattle, sheep, and goats in trucks to the party, although I wouldn’t want to clean up the mess.

If the shepherds or farmers come, then the angels should invite them. The angels could be considered aliens if one believes that anything not human would be an alien.

I haven’t seen an angel, and I don’t know anyone who has. There are many statues of angels, especially in graveyards. So someone has seen them to know they have wings, gowns, and halos. Most Nativity scenes have angels hovering over them. I assume Jesus would want angels watching over his birthday party.

The wise men would show up sociably late, of course. Wise men in 2028 might be Noble Peace Prize winners, scientists who discover cures or new galaxies, and professors who invent astro gadgets. They’d probably give Jesus rare minerals or high-yielding stock.

What to Give Jesus

I think Jesus would like simple gifts, such as peace on Earth and goodwill to all. Those are hard to wrap in a box or haul in a truck with livestock, but they’d be perfect for the occasion.

If the Gallions of Vitchera were invited to Jesus’s birthday party, they might give him a cup that never empties or seaweed that tastes like his favorite meal.

In the past, I’ve gotten psychic impressions of my Christmas gifts while Mom wrapped them. Last  year I tried to block thoughts of gifts, but I woke up Christmas morning with a feeling that I had a new Transmission Diary. Indeed, Mom and Dad had given me the newest tDiary. I acted surprised, for them.

Maybe this Christmas I’ll focus on gifts of peace and goodwill so that the entire Earth will experience one day full of good deeds.