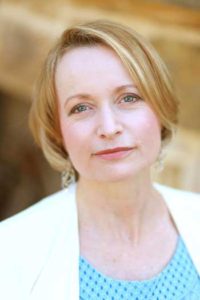 Jean Neff Guthrie earned a B.S. degree in Dairy Science from Virginia Tech and a M.S. degree in Mass Communications from Virginia Commonwealth University. The author’s education gave her the unique capacity to converse effectively with huge herds of cows.

Seriously, the path from student to published author of Mystical Aria: Seeking the Gallion Queen provides an entertaining tale unto itself.

Then Guthrie left politics and moved to Asheville, NC where she started her freelance communications and marketing company, Words of Wisdom. Her interviews with Whitley Strieber (Communion, Transformation, Breakthrough, and The Secret School), John Anthony West (Serpent in the Sky—The High Wisdom of Ancient Egypt), and Al Bielek, survivor of the Philadelphia Experiment, were published in trade show magazines and regional papers.

While living in Atlanta, Guthrie worked with author Tom Bird of Ambassador University in an intensive writer’s program. She also attended writer’s retreats on:

The voice of Aria Vanir introduced herself to Guthrie during the media training retreat with Tom Bird and David Thalberg. Guthrie listened to Aria and wrote her first novel based on this psychic tween protagonist, Mystical Aria: Seeking the Gallion Queen.

Guthrie’s first published poem, “Prison Walls,” appeared in America at the Millennium— the Best Poems and Poets of the 20th Century. Her poem “Baler Twine,” written in honor of her father’s seventy-fifth birthday, won a National Cattlemen’s Magazine contest and was published in its March 2001 edition.

Guthrie lives in Smyrna, Georgia, where she writes sequels for her Mystical Aria series and works as an IT program management consultant.